Numerous on-demand food delivery platforms have flourished over the years and one of them is Deliveroo. So here we will talk about Deliveroo Clone App. An online food delivery platform that connects restaurants with their consumers providing its delivery fleet to complete their services. The drivers are also independent contractors who work at their will and convenience.

The on-demand food companies place high preference on important factors such as hygiene and quality in food. The business model that Deliveroo follows charges a fee between 25 to 35 percent for each sale made on its platform. Some other sources of income for Deliveroo are their subscription-based models and their restaurants called Editions.

This blog is a brief guide to how the online food delivery platform Deliveroo works. Read on to learn how you can go about creating the same. The blog also shares perks of why it’s a good idea to work with a web and mobile application development company.

The company Deliveroo was founded by two Americans in 2013 and headquartered in London. In no time they became one of the most recognized food delivery platforms in the world. Today Deliveroo offers its services in more than 11 countries while capturing around 40,000 restaurants as a part of their platform.

How does Deliveroo work?

The platform like the conventional model allows its users to make purchases from restaurants and food joints registered on the platform. Deliveroo offers a website and apps on both Android and iOS platforms. Deliveroo follows the platform-to-consumer model. It does not play any part in cooking food by itself but partners with established food chains.

Deliveroo handles the delivery of food and the payment section. They have an army of contract derivers, somewhere around 40,000 as of 2019 in 15 countries, to handle their food deliveries. The platform focuses on high-end food restaurants. This allows them to charge a higher price on the food and its delivery. It also facilitates take-out if you live in close proximity to the restaurant.

At the same time, DeliveryHero and JustEat were trying their hands as Delivery Service Aggregators, they would list a restaurant’s offerings while not accounting for the food delivery.

In came Deliveroo, the rescuer! Deliveroo hires contract workers to make their shipments. Many platforms don’t have the manpower to make the deliveries. A fun fact to their history of Deliveroo is that it’s a service that started as ‘Boozefood’, a service to deliver food to drunk people at night.

The company had onboarded over 1500 restaurants by 2015, in 8 cities. They had 500 contracted delivery individuals. This helped the company bag their series A to D funding where the company raised something close to 200 million USD. A business investment that proved to be the backbone of the company.

If you want to become a giant in the online food delivery game, you should learn that expansion is the way to go forward. As soon as Deliveroo got some recognition and earned some funding, it partnered up with restaurants and opened offices in 11 countries.

The company has seen exponential highs in its revenue and recognition. To our surprise, Uber was very much interested in acquiring the company for a healthy sum of £ 1.5 billion in 2018. This speaks volumes about how well the company is doing right now and its future business prospects. A year later, Amazon becomes a lead investor following the Series G funding.

The online delivery chains do possess the risk of earning low margins and facing high-operational complexities. Making a profit is difficult from the launch. But Deliveroo figured out other pains of their niche and added multiple revenue streams to help float their boat. After they hit the necessary scale, they delved into different businesses one by one. 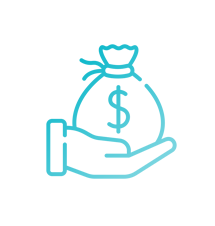 This is the most standard practice followed by online delivery platforms. They earn a commission on every sale that is made on the platform. The percentage of the commission charged by Deliveroo is between 25% to 35%. The percentage depends on individual agreements made between the platform and the restaurant at a particular location.
For example, restaurants in Australia may have to pay anywhere between 30 to 35 percent while their counterparts in the UK might’ve to pay anywhere across 25 to 30 percent. In addition to the commission, the consumers would have to pay the delivery fee. The delivery fees are used to pay the drivers. 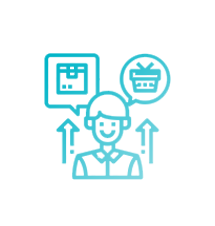 This is a convenient subscription plan that Deliveroo offers to its users. It has various perks such as:
Special discounts, other than what’s offered to regular customers.
24/7 Service.
Free delivery for any order above £10.
A free 7 day trial period to test the service.
The plan costs £11.49/ per month for UK consumers.

Deliveroo for business allows organizations to order food in bulk for their employees. It also offers tools for businesses to set food budgets for their teams. The teams would be able to order from the existing restaurant partners, Deliveroo would earn commission from it while sharing the rest with the restaurants. 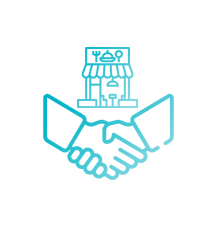 Deliveroo works with thousands of restaurants, hence it has a good insight on what works and what doesn’t. This helped the platform start its own Digital Service that goes by the name Editions. These restaurants are either run by the platform or are in partnership with Deliveroo. Revenues are split equally in the case of partnership.

How you can get our Deliveroo Clone App? and Why Work with Us?

For such cumbersome projects, it’s always better to work with professional companies that possess a considerable amount of experience. Technource, an on-demand app development company is one of them. We have 9+ years of experience working with such challenging projects.

Technource can offer you a clone app for your on-demand platform or can create an app for you from scratch. We work with Native technologies like Swift and Java and with cross-platform techs such as Ionic, Flutter, and React Native.

Our company has an enthusiastic and tech-savvy team of developers, designers, QAs, project managers, and many other talented individuals that make creating such complex projects possible. We also offer MVP development for our clients having budget constraints. We follow the transparent Agile-Scrum methodology while developing applications. Technource also provides post-project consultation at cost-effective rates.

All-in-all we are a one-stop solution for all your technical needs. Our learned co-workers would understand your business and then brainstorm ideas that are in congruence with your imagination. To know more about our work you can catch a glimpse of our case studies present on our website. You can also sign-up for a free consultation to gain a detailed insight into the services we provide. Let’s exchange ideas at the earliest.