Why is Laravel praised ubiquitously on the Internet?

Since ages, PHP has drawn the internet with its open source credibility and versatile nature. It has given the developer’s community a reason to build up newer and achieve codes that never dwells. August 2017 was a born month for getting insane for one of the PHP framework’s newly arrived version. Laravel 5.5 has come up with surprises and easiness that was not called before. Laravel is existing from 6 years. Its a young technology with considerable recognition than any other PHP framework. Taylor Otwell, Founder of the larval development framework has almost altered the scenario of working with PHP frameworks.

Attending to current trends, one should hire Laravel developer for enhancing web development at the next level. Let’s understand sharply why the laravel is praised over the internet and between the millions of people? Developers community got an amazing place to develop with Laravel. Why laravel owns righter place than the alternative frameworks?

“Elegant applications delivered at warp speed” – An identity to laravel described by Otwell.

A code that reflects simplicity, readability with intelligence will be an interesting challenge for every developer. Specifically working with the clients requiring tasks at the warp speed and abrupt modifications. A framework offers an approach to develop, revise and omit some portions of code. Such a framework is Laravel with all new resilience, steady working style and a lift with the reusability.

So, Here’s the Key Points to Love Laravel (and continue to adore;) Have a view!

With an aim to include fun into the development field laravel has knit up every conceivable concern with its coding. Laravel is satisfying while coding or even editing the code of any complex application. It has reckoned up best of the leading technologies such as Ruby on Rails, ASP.Net MVC, and Sinatra. It owes control container, expressive migration system and integrated unit testing support for the best in industry practice. Otwell’s objective is to make an altogether pleasant experience for the developers. Holding powerful tools for generous and robust applications is the honor being a part of Laravel.

Approaching a massive array of commands refers to Artisan. It is included as CLI within the Laravel application development. It aids to define a controller, model, service provider and more. Typing “php artisan list” will give you an entire list of commands and also allows to create own commands. 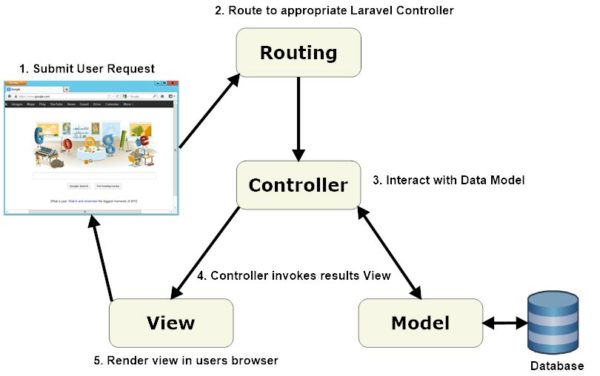 Laravel 5 blesses us with the all-new Eloquent ORM. An access to the implementation of simple ActiveRecord. It further elaborates with Model and database tables. Each database table will represent a model. And a model, in turn, allows querying for tables and insertion of data. Also, introduces with the database migration, which evolves the rollback process for a newly altered database. 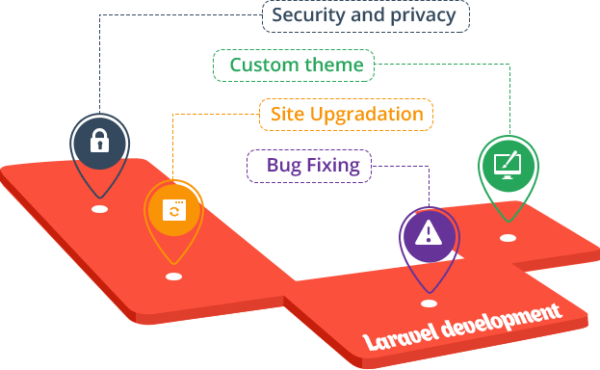 If you are good at picking up the appropriate components, you have defeated the security threats. Because Laravel provides automatically the prevention of HTML entities with viewing parameters. Also, detects cross-site request and stops it on an immediate basis. Preventing SQL injections using ORM’s PDO and cross-site scripting makes it a fully secure technology. 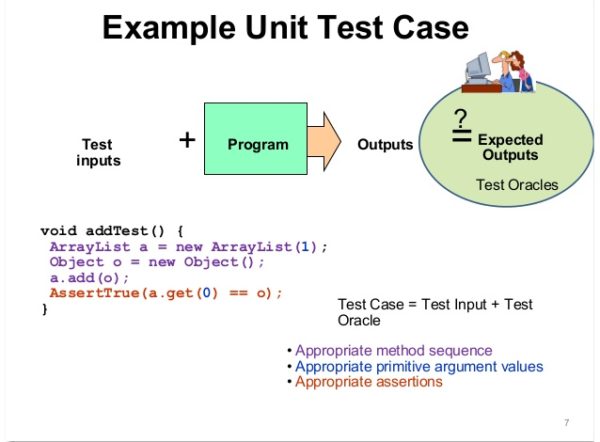 It happens an unexpected exception when a sudden testing breaks the running system. Laravel development has overcome the solution for this. It has phpunix.xml to get over the problems. It uses unit testing where testing keeps doing the task as a whole. There will be no more scopes for unexpected error. Because the said file is already set up with your application.

Every software or a browser or any framework, you are going to working with. Will demand a third-party application to add up more functionalities or requisites. Working with third-party software is good practice to cope with the complex structure coding or website’s functionalities. Laravel makes difference with composer dependency manager, making easy interaction with the third-party packages. It will make an easier task for developers to manage the dependencies instantly and create applications of variable sizes.

Internal Templating refers to BLADE. A lightweight, powerful templating engine. It is already installed within the laravel. They are known for their optimized nature and compiled into plain PHP.

Here you can also find how to setup Laravel Localization:

Laravel Development Services have become the top-notch services provided by IT companies. Especially when you look for laravel developers in India. There is a wide range of intelligent developers over there proving a satisfied clientele experience. Laravel is the rising sun for the next promising web development era. Clients should opt for such a powerful technology and developers should not ignore learning this magnetic PHP framework.