PHP vs Python vs Ruby: A Detailed Comparison

Whether you are a business owner or a beginner web developer, choosing the right tech is an essential concern to both. The overall functioning of your website or web app is dependent on the tech you choose to create it with. Among the numerous techs already present in the market it can prove to be a tedious task to choose the right one for your project.

To offer some perspective on the subject we decide to write a detailed comparison guide among top web tech in 2021 i.e. PHP vs Python vs Ruby. Read on till the end to gain significant insights on the same.

PHP vs Python vs Ruby: Purpose

If you observe the 7th version of PHP there is only a 48.2% usage by websites. Currently, it powers almost 79.0 % of websites around the globe. But it also reaps an added advantage that it was released in 1995.

Another strong competitor would be Ruby on Rails, as it was also released in 1995 and has 1.532,730 websites around the world. Two of the most renowned users of Ruby on Rails are Hule and Twitter.

Python on the other hand has been the most adaptive general-purpose programming language. But is a fairly new player to the game when compared to its veterans

PHP, a multi-purpose programming language that was introduced by Rasmus Lerdorf in 1994, is used to develop dynamic, fast, and secure web pages for different websites. PHP web development is preferred by companies looking forward to creating scalable web applications. Development using PHP can be done using the best PHP frameworks available in the market. 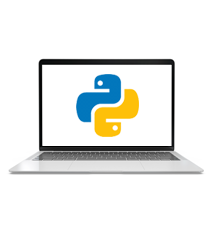 Python was created by Guido van Rosum in 1991. It focuses on code readability, this helps programmers write longer code in a few lines. Two other notable features of Python are data visualization and analysis. Therefore an overall efficient language that can be used to create excellent scalable websites. In 2021, this language has some of the best Python frameworks for easy and fast web development.

Developed on iconic Ruby, Ruby on Rails is a server-side web application framework. This language is mostly preferred by small and big business enterprises to build interactive and creative websites.
ROR developers get a structure for various codes they write using this web app framework.

If we compare these languages based on popularity then PHP is a clear winner. As everyone around the world knows about PHP. But if you observe the statistics you will learn that84% of Python users use it as a primary language while 16% use it as a secondary language. Ruby is the least popular among the 3.

PHP vs Python vs Ruby: Performance

This can be determined by security, speed, accountability, and more. If one compares based on scalability then Python is a clear winner, due to its simple syntax. However, if you observe speed then Ruby and PHP beat Python. As Python executes code online, making the execution process a bit sluggish. In addition, they also consume a lot of space. To conduct successful web app development you will have to use techs that offer memory optimization.

When compared to security, Python and Ruby offer more secure websites than PHP. So, if you wish to create a faster website with memory optimization, you can opt for PHP. But if you’re looking for scalability, Python is the way to go.

PHP vs Python vs Ruby: Usability

One of the most critical factors while selecting a programming language is its usability. As there needs to be seamless interaction between the server and user side, the usability of a language is really important for developing powerful and high-performance applications.

PHP follows a classical approach and is a thoroughly documented language. While Python offers an easy ability to read code following strict guidelines for indentation. Therefore needs assistance from a Python development company. As per the review of experienced programmers, Ruby offers powerful code with numerous use-abilities. The sole reason behind the same is that Ruby is an extremely user-friendly language and therefore is less confusing for consumers.

This is one of the first things that a developer looks for while selecting a new programming language. As programmers wish to put their previous programming knowledge to use. If you wish to start with an easy-to-learn language then you should opt for Python. It offers an intuitive programming style without making you scratch your head. Next in the list comes PHP. It’s not that easy to learn but if you have basic knowledge of C, it shouldn’t be a problem. One of the top PHP frameworks, Laravel makes your initial learning easier. As for Ruby on Rails, you should have proper programming experience before you wish to try this.

Offering updates is a crucial part of any programming language. This makes sure that your programming language stays on board with the current trends, security updates, and resolves issues that developers were facing with the previous versions. New versions offer evolved functions that can support the changes introduced in this digital world. To get updates on the latest tech trends on PHP you have to get in touch with a PHP web development company.

It’s hard to tell which platform receives the fastest updates. But as per reviews, PHP and Python receive the fastest updates as compared to RoR. Yet if you consider support from peers, fellow developers, and more, Python offers a wide discussion coverage. This is also a factor responsible for web development.

Programming isn’t something that one does for fun but also to earn a living. Therefore the factor of employability comes to play. The success of a programming language and its requirement in the market decide how its employment will be.

PHP is the most used language out of the 3 and so it observes the most openings. But Python & RoR are not far behind and are creating their dominant presence in the market.

Advantages Offered by Each Language

Limitations of Each Language

Businesses all over the world are investing in web development services to further their reach and recognition. If you’re inclined towards the same, we being a web development company can surely assist you.

So, if you want to hire Python Developers or hire dedicated PHP developers you know which doors to knock. Our expertise in the preceding languages is incomparable. Our 9+ years in the IT service sector have given us enough perspective on how to develop successful web applications. Get in touch with us today. Thank you for reading.