The partnership between mobile apps and businesses has brought in a ton of opportunities for many companies around the globe. As of 2021, there are about 2.87 million apps on the Google play store and 1.96 million apps on the Apple app store. These are huge numbers and evidently, show how the trend of mobile app development tools has taken the world by storm.

As a mobile app development company, we have received high volumes of inquiries for developing a mobile app from various business industries such as food & clothing, eCommerce, real estate, and more.

A wide of technologies can be availed today to develop mobile applications that fit your budget. An App development cost can vary depending on the technology and tools one uses to create their mobile app. This blog is dedicated to the same. In the following read, you will find tools and technologies that make mobile app development a cakewalk.

There are many different types of approaches using various tech stacks that one can opt for. Here’s a list of the same.

There are numerous approaches to app development. So the foremost question is which type of app needs to be developed? The selection of the same is made based not only on the client’s requirement but also on market analyses, time to develop an app, and more. 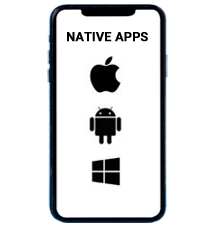 This is the most traditional form of app development you will find with mobile apps. These apps are coded in specific languages, for instance, Java for Android & Swift for iOS. They are termed native apps, as they offer the best of performance and reliability to their user experience. You can hire Android app developers to get a detailed insight on the subject. On the other hand, these apps aren’t budget-friendly, have to be developed with a separate code base, and work only on specific operating systems. 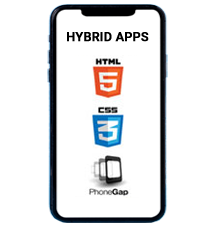 As the name suggests these apps offer a combination of native mobile app experience fused with web technologies. They can be easily found on app stores and allow you to take advantage of all your phone’s features. They too make use of web techs such as HTML 5 to offer the best of both worlds for their users. Apps created using hybrid techs offer faster time to market, and use the same codebase to create apps for multiple OSs and devices. 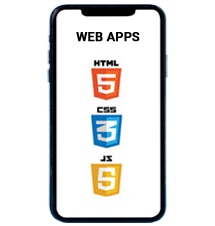 These are the new generation of web apps that are designed to offer extensive functionality while operating with smartphones. They can run on any smartphone browser and are coded in HTML 5 at its core. The line between web apps and websites is getting thinner with more and more web apps being coded in HTML 5. But to your surprise, web apps offer a higher level of response and convenience as compared to websites. You can get much better insights on the process of mobile app development with a mobile app development guide.

Here’s a list of a combination of the preceding frameworks that have been ruling the mobile app development world in 2021.

The following mobile app development tools will be considered as the best technologies of 2022.

Let’s explore each tool in detail. 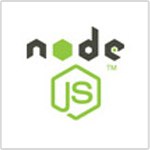 Node.JS is an open-source, JavaScript, and cross-platform runtime environment that handles the server-side of web applications. What runtime means is that one can run JavaScript code using the runtime rather than running the same in the browser.
Node.JS makes use of a lightweight, non-blocking, and event-driven I/O that effortlessly allows you to build scalable and fast web applications. This is the most reliable tech to build real-time and data-intensive applications that have to run across multiple devices. It has also accumulated a large ecosystem of libraries, tools, and frameworks. Such is Node’s popularity that it has become a requirement rather than a want.

Swift was released in 2014 by Apple. It’s a successor to C and Objective C and was specifically designed for iOS, OS X, watchOS, tvOS, and macOS development. Swift powers some of the most renowned apps such as YouTube, Spotify, and Instagram with their iOS apps.
The language uses a simple, and expressive syntax that is easy to learn, use, and understand. Even after such a late release, it has become one of the world’s most popular languages. To make a beginner’s journey easy Apple has posted easy-to-learn tutorials on their website and the Swift documentation website. If you’re that deep into programming, one can always hire iOS developers to foster quick app development.

PhoneGap a.k.a Apace Cordova was created by Nitobi in 2011, works on the FOSS environment that supports cross-platform mobile app development. Using this tech one can develop mobile apps for Android, iOS, and Windows users and it also supports web techs such as CSS3, HTML 5, and JavaScript.
It comprises a couple of testing tools, debugger, compiler, and numerous plugins such as Push, Media Recorder, and Image Capture. Using the preceding one can code some of the niche smartphone functionalities such as accelerometer, camera, sound, GPS, and more. PhoneGap also supports in-app purchases, third-party cache, and a graphics accelerator to speed up the application. To leverage the most from this robust tech one must hire PhoneGap developers.

This is another open-source and cross-platform app development framework. Using the same one can create apps for Android, iOS, and Windows using a single JavaScript code. The platform was first introduced in 2008. It consists of Alloy i.e. Apache-licensed a model-view-controller based on titanium.
The stand-out features of this platform are that it’s an MVC-based framework, offers native functionality powered by Hyperloop, supports platform-specific notifications, and also provides a virtual private cloud for enterprise customers.

Flutter was introduced by Google in its Beta stages in 2015 followed by its official launch in 2018. It’s an open-source mobile SDK that is best suitable for creating native-like apps for iOS and Android with the same code-base. Using Flutter has become synonymous with dynamic and faster mobile app development. We believe that Flutter is the future of cross-platform app development.
The platform offers the hot reload feature by placing source code files in Dart Virtual Machine (DVM). Using the same one can immediately mark the changes they’ve made to the code. But to Flutter everything else is mostly widgets using which one can create icons, navigation, fonts, scrolling, and more. You can also think of Flutter as a react-framework that also offers ready-to-use two-dimensional rendering, tools, and widgets.

With Xamarin one can find exclusive support for tablets, mobiles, and desktops. The iOS & Android quick start is perfect for building native UI components. Xamarin also extends support to languages such as F#, C#, and Razor template engine.
It was in 2016, that Xamarin was taken over by Microsoft. They later released an SDK for the same. You can also try the free tools to integrate enterprise features making use of Microsoft Visual Studio. Developers can respond to any client demands using the native & user-friendly interface. Both developers and clients are benefited from the same as it’s a one-size-fits-all program.

Ionic makes use of HTML 5 to develop hybrid apps. They offer much better functionality when you consider speed, support, and third-party access. If you have limited time to develop and market your app, this is just the right fit for you.
As for features, the platform offers you a layer a.k.a cross-platform API that allows you to call native SDKs from web code, but to use HTML 5 one has to use a wrapper like Cordova or PhoneGap to work as a native app.