When one thinks of app development, the first things that come to mind are Android and iOS. We know that Android apps are created using Java while iOS can be developed using Swift. These are native techs that help you create high performant applications. But if you observe this path, its time consuming and costly. This is because the same features have to be coded twice with two different programming languages. But with time the tech industry did find out a solution to this. Yes, we’re talking about cross-platform app development. To help you decide between the top platforms available today we decided to write this React Native vs Flutter vs Ionic comparison guide.

Ionic, Flutter, and React Native are frameworks that allow you to develop apps for both Android and iOS platforms. These frameworks are now extensively been used by old as well as newly designed apps due to the convenience they introduce in coders’ tasks, are budget-friendly, and use a single code base. React Native and Flutter are competitors today, only time can predict who will dominate in 2022.

The last decade saw exponential growth in businesses opting for cross-platform frameworks. Today, smartphones have become an integral part of our life, and therefore developing a mobile app for your business can always work in your favor. If you go by the word of some of the top Flutter app development companies, whether it’s a start-up business or an established one, cross-platform app development is the way forward.

Programmers would have to learn many different languages to be proficient at all the frameworks mentioned above. For instance, Swift, HTML, and Objective C. Basic languages such as Dart for Flutter and Javascript for Ionic and React Native. It’s due to this reason that these platforms form the perfect place to develop apps for multiple platforms.

Let’s talk about each of the preceding frameworks in detail 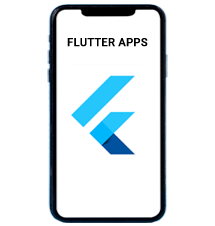 Flutter has been created by Google as a user interface kit toolkit for developing performant cross-platform apps. It has been developed in a way that it can bind well with your existing code. Due to such flexibility, it has become a top choice for developers around the globe. The framework has been written in C, C++, and Dart is open-source and free to use. It works well for developers as it reduces the cost and complexity of the development process, giving more time to marketing. You would be pleased to know that Flutter app development is highly trending among start-ups.

React Native has the support of Facebook. One can create native-feeling iOS and Android apps with the same. React Native is being used by some of the most renowned business names of the world like Facebook, Tesla, Walmart, Airbnb, and Instagram. The framework offers services for Android and iOS and plans to extend the same over different platforms and makes use of Javascript. You can hire React Native developers to develop the best suitable mobile or web app for your business. 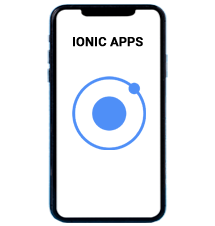 Ionic was released in 2013 and is a cross-platform open-source SDK. It incorporates many different techs, making it suitable for multiple platform app development. Most creations with Ionic include native mobile apps using CSS, Javascript, and HTML. Using Ionic one can create apps that feel and appear like native apps. The framework is open-source and free to use. You can hire Ionic developers to develop your dream app.

Let’s understand this comparison with some specific attributes essential for app development.

React Native is one of the most popular, performant, and dynamic languages that make use of Javascript for coding. Apart from being sponsored by Facebook, the language offers the benefits of React JS and Javascript.
One of the stand-out features of working on this framework is that one can write code in Java, Obj-C, and Swift whenever required. If your app has to handle heavy traffic you can use the libraries and modules present in the framework.

Flutter makes use of the Dart language and is already a preferred choice for creating high-quality apps. Dart is a PL based on Java, C/C++, and can be used for iOS and Android app development. Dart is fairly easy to learn if one has a basic understanding of the above-mentioned core programming languages.

Ionic is dependent on CSS, JS, and HTML5 for building and running mobile apps. To gain access to native platform controllers one would need a Cordova wrapper. The quality of the code can be improved using Ionic.

Ionic doesn’t use native components but web technologies to offer an appearance similar to native apps. This offers added benefits when it comes to testing but as it’s primarily dependent on web technologies, it tends to bring down the speed. If you’re inclined on working with this framework, you should get in touch with an Ionic app development company.

When compared to the preceding two Flutter wins this one. Due to Dart, Flutter offers great speed and advantages. Also, the absence of a Javascript bridge to communicate with native device components offers an increase in speed.

As React Native modules work in collaboration with native UI controllers they account for a great user experience. It also fosters great UI development by making use of UI elements and ReactJS libraries.

Ionic renders the UI elements using CSS and HTML and does not use native elements. In addition, it uses Cordova to offer a native look and feel. This can also be applied when Angular components work with the framework.

Flutter provides the best UI. If you compare Flutter with React, you would observe that these two offer exquisite performance. But Flutter and Ionic do work in tandem to create cross-platform apps. 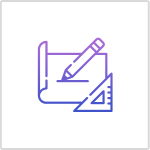 React Native makes use of the Javascript bridge to help native language and Javascript communicate. They make use of asynchronous JSON messages, which in turn offer a seamless UI.
Flutter on the other hand can directly communicate with native components. Including frameworks such as Material Design and Cupertino, Flutter has everything packed within itself. Due to Flutter Advantage, one can design predictable and stable apps with React Native apps. 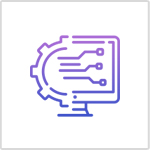 The installation process is simple with Native. One would need Yarn and NodeJS installed as a package manager and install React Native CLI globally via the command line.
One can start using Flutter after installing the binary for a specific mobile platform. The following step would be to add it to your PATH variable. As you see, it loses to Native, as the process can be a bit cumbersome. 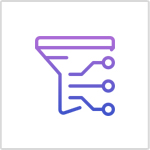 The framework offers tidy documentation. Though it has a few gaps and focuses more on developers who know their way around Javascript.
As opposed to this, Flutter offers extensive documentation. In addition, it also offers video tutorials and graphics. 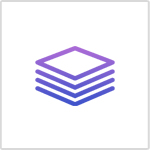 React aims to implement the “learn once, write anywhere” theory while Ionic offers complete SDK to develop hybrid apps. React offers a seamless native experience as it offers the standards and native behavior of the platform. While Ionic leverages the services of classic web techs to create multi-platform and multi-functional apps. 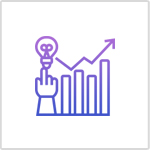 Developers who want to offer the native feel will always prefer React. While Ionic is more about native browser apps that use HTML, CSS, and JS components. React needs some platform-specific components to design a closer native appearance. Ionic is perfect for prototyping and chooses a hybrid approach to app development. 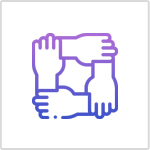 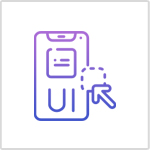 From a user’s standpoint, Ionic and Flutter both appear native. To match the look for different platforms both platforms update the look of the UI elements. This includes Cupertino for iOS and Material Design for Android. 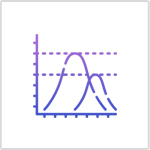 Flutter programming is done using Dart. Dart has been created using C/C++ and Java. So, one has to know the basics to code with Flutter. Due to the web technologies, Ionic offers an easy learning curve. 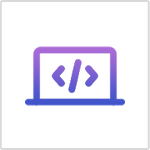 Apps created using Flutter speak for themselves. One can create appealing apps for Android and iOS platforms using a single codebase. But Ionic also offers strong competition. As the framework is based on web techs and standards, it offers an advantage for creating desktop, mobile, and web apps.

Technource is a React Native app development company that has been serving the IT domain for more than 9 years. Our experience in this industry speaks for the numerous services we can provide using cross-platform and native techs.

Whether you wish to hire Flutter app developers, we can assist you with both. Being in the industry for so long we can predict that Flutter is the future of cross-platform app development. Know more about these frameworks, get in touch with us today. Thank you for reading.